Lancaster Brewery Company Oktoberfest ! Guess where I will be eating all month? YES-- LBC !

Enjoy one of Lancaster Brewing Company (LBC) biggest seasonal beers, Winter Warmer Ale while supporting Wolf Sanctuary of PA. Lancaster Brewing Company is donating $.25 from each case of Winter Warmer sales toward Wolf Sanctuary of PA, located on 120 acres in a wooded area along Speedwell Forge Road in Lititz. Wolf Sanctuary of PA, a non-profit organization relies on individuals and businesses like Lancaster Brewing Company for donations that go toward the 40+ wolves and care and maintenance of the sanctuary. Dawn Darlington, daughter of founders William and Barbara, and operator of the facility said, “The sanctuary receives no funding from state or federal sources. We rely completely on the income from our tours and from the generous donations received from folks that have visited the sanctuary or folks like yourself who hope to come here someday.” LBC’s Brewmaster, Bill Moore considers it a privilege to support Wolf Sanctuary of PA, "It’s an honor being able to help a worthwhile cause that’s overlooked by many."   http://www.lancasterbrewing.com/index.php?option=com_content&view=article&id=193

Wolf Sanctuary of PA offers tours every Tuesday and Thursday by appointment and every weekend. They also offer special full moon tours with a campfire once a month on the Saturday closest to the full moon. For more information about regular and special tours, check out their website

Posted by Unknown at 7:59 PM No comments: 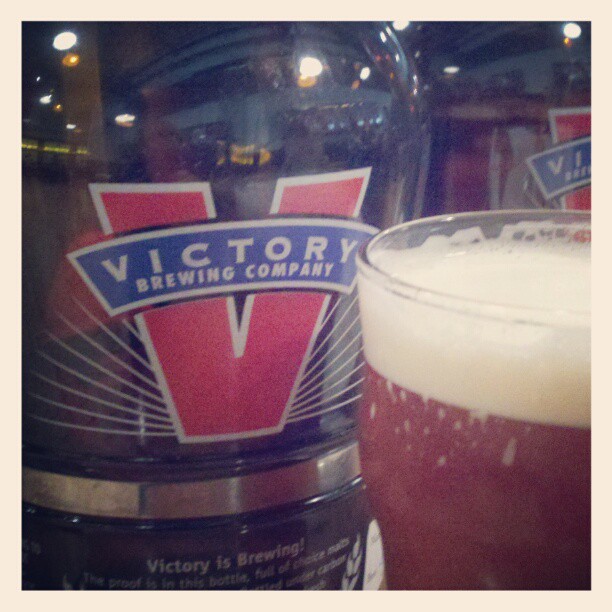 A great time!
Posted by Unknown at 5:14 PM No comments:

News from Free My Beer

Free My Beer is as engaged as ever in the fight to reform Pennsylvania beer sales and we’ve overhauled our website, www.freemybeer.com, to breathe new life into the cause! The website is overflowing with all the resources you’ll need to follow and join the movement to liberate PA’s Prohibition-era liquor laws.
Start by making your voice heard! You can sign the petition declaring your position on this issue and Take Action by contacting your elected officials. Supporters new to the Free My Beer movement can get caught up on current legislative efforts like HB11, a house bill proposing privatization as the key to Pennsylvania’s alcohol lock-up. Free My Beer will continue to follow the action, so consider our newsroom page your first resource for the latest information on the liberation efforts. Free My Beer supporters can also connect with other supporters via Facebook, Twitter, and YouTube thanks to easy-to-find icons on every page of the site.
Connect with the Cause

Free My Beer is dedicated to posting new updates on action within state government to reform beer laws on the website, in the newsroom and on social media. But we aren’t all fight and no fun. Like us on Facebook and join in on the beer-related conversation with our other 35,000 followers. We try to keep the tone light and the humor frothy—like a head of good beer! Fans and businesses alike can also follow us on Twitter to stay connected to the latest details in the fight to Free My Beer.
Legislative Update

House Bill 11 was introduced by State Representative Mike Turzai. The bill was tabled until the Fall session with little discussion and no vote. Turzai proposed selling 1,600 retail liquor licenses that would grant the holder the right to sell liquor and wine in a “controlled area” of their stores, a privilege currently reserved for specialized distributors. On the Senate side, Bill 1554 bypasses privatization and offers to allow distributors to sell beer in six-packs and single bottles instead of the current case or keg requirement. We’ll be watching and will let you know if either bill gains traction later this year.
I am not affiliated with this website just posting information so my BEER in PA is FREE-which is not the same as Free Beer!
Posted by Unknown at 7:18 PM No comments:


AT THE BREWERY ONLY
12 PACKS - $10   /    6 PACKS - $6   /    6.9 Abv
Embrace your rebellious side with our feisty Golden
Bock Lager brewed with real Lancaster County honey. It
delivers subtle malt flavors flawlessly balanced by a blend of domestic and European hops.

Lititz-brewed hefe weizen may be the toast of the town this summer if plans come together for a new brewery on Water Street.
Everything appears to be in place to make that happen as Paul Brown, owner of the former Lititz Junction Tavern at 55 N. Water St., has confirmed that a long-term lease is in place that will allow the Harrisburg-based Appalachian Brewing Co. to open on the second floor of his industrial site within the next two months.
"We’re diligently working so they (ABC) can open soon," Brown said. "I think this is a good addition to the grand scheme of things for Lititz."
The plan is for ABC to operate a restaurant and bar similar to its existing sites in Harrisburg, Gettysburg, Camp Hill and Collegeville. Brown’s liquor license will be transferred to ABC in the coming weeks, and the brewing of specialty Belgian, German and English beers will begin as soon as state permitting is finalized. And because ABC will be occupying an existing use zoned for manufacturing, no action is required by Lititz Borough Council.
"Everything seems to be in place," said Artie Tafoya, director of operations for ABC. "We are seeking to open some time between May 22 and June 22, depending on what happens with licensing."
Tafoya said he loves the warmth of the old brick building that once housed the Simplex Paper Box Corporation, and he first contacted Brown with interest nearly four years ago.
"When you look at it, it looks like an Appalachian Brewing Co.," he said.
Tafoya is one of three partners in the booming brewery business, joined by Jack Sproch and Shawn Gallagher.
"I’ve been in the brew pub business since 1988, so it’s really all I’ve ever done," Tafoya said.
He met his partners in 1994 and they opened the original Appalachian Brewing Company in Harrisburg in 1997.
"We’ve proven that we can participate in a small community and draw people into that community," Tafoya said about their sizable investment in Lititz. "So, we really don’t look at just Lititz as our base of customers. We look at the number of people that come into the area. We look at how many people we think we can drive in from the general area. It’s all that added together that makes us confident that we should be able to have a good run at this location.
"We look forward to being a part of this community for a long time, and we believe and we hope that we can drive business for everybody else as much as they are able to drive it for us. I think, all-in-all, that working together, it can be a great business scenario for everybody."
Venture Lititz was a major facilitator in the process of bringing the brewery to town, and Kelly Withum, executive director of the nine-member organization, is ecstatic to see all the hard work pay off.
"We’ve been trying to recruit full-service restaurants for town since I started, which was four and a half years ago," she said. "Everybody’s pumped up about this. The community is very excited. Appalachian Brewing Co. has such a wonderful reputation."
The tough economy and banks not loaning money to restaurants has made bringing new businesses to town difficult, Withum said, but studies have showed that Lititz has quite a bit of food and beverage leakage, meaning dollars are being spent outside of this area because there are not enough existing restaurant/bar options. The addition of ABC should stop, or slow, that leak and provide a nice boost to the local economy as a whole.
"The town being so walkable, and the fact that craft beer is so popular right now, I can see people having dinner at Appalachian and then walking to the Bulls Head, or having dinner at the Bulls Head and then going over to Appalachian and trying out their latest brew, or whatever," she said. So, it gets people to walk past all the businesses, even the businesses that feel they’re a little more remote because they’re not on that first block of Main Street."
While the brewery will be the main stage of the Water Street facility, Brown is also leasing five retail shops below the restaurant, on the first floor. Two of the shops have already been rented, but he is unable to reveal what they are at this time. He is also looking to rent his "Great Room," a 3,600 square foot area above the bar, to a single tenant.
The Kready General Store museum will not reopen, he said, and Brown and his family will continue to use the top floor as a residence. More BREWERY, page A14
Posted by Unknown at 9:21 AM No comments: